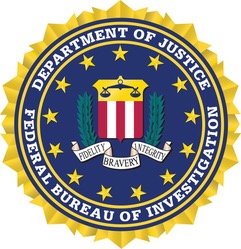 Front Royal, Virginia — A few days ago, agents of the Federal Bureau of Investigation raided the office, home, and hotel room of President Trump’s personal lawyer, seizing documents, financial records, electronic devices, and emails. Federal police power has grown to be many times greater than anything the Framers of our Constitution could have imagined. While this is true of the Secret Service, the United States Marshals Service, and the police departments of federal agencies and branches, it is particularly true of the FBI.

Federal police power has grown to be many times greater than anything the Framers of our Constitution could have imagined.

The Secret Service was founded in 1865 to combat counterfeiting; its responsibilities were eventually expanded to include protecting key officers of the federal government. Today, it fights complex economic crimes, and its protective role has exploded.

The U.S. Marshals Service was given the necessary responsibility of enforcing the orders of the federal courts. In the 1860s and 1870s, we unhappily learned, from the prolonged disastrous military government of Southern states, that this task had to be a civilian one. The Marshals also enforced the law in the territories of the Old West. Today, the Marshals Service has become an expansive bureaucracy that makes getting into a federal courthouse an ordeal. It also transports criminals and has other functions related to the judiciary.

In the 1920s, J. Edgar Hoover expanded the role of the FBI to include high-profile crimes, such as bank robbery and kidnapping, as well as to become a major force in fighting organized crime mobs

President John Kennedy spoke at my college graduation ceremony; when I was in the Army, I marched in a parade for him. Secret Service protection for President Kennedy was greater than it was for Presidents Roosevelt and Truman but not by much.

Later, Hoover made the FBI into the lynchpin of the fight against Communism.

By today’s standards, even the Secret Service protection of President Richard Nixon on the campaign trail was modest.

Now, they cannot move the President five, 10, or 20 blocks through downtown Washington, D.C., without a 10-SUV motorcade.

Even the Capitol Hill Police, which has best kept to its appointed limits, has erected annoying pop-up barriers all over the place.

The FBI was originally exactly what its name implies — an investigative agency. It still has this function. When the U. S. Department of Defense or State wants to clear someone for access to classified information, especially top-secret information, it uses the FBI to gather background information, since the agency maintains statistics and fingerprints for the nation.

In the 1920s, J. Edgar Hoover expanded the role of the FBI to include high-profile crimes, such as bank robbery and kidnapping, as well as to become a major force in fighting organized crime mobs. Later, Hoover made the FBI into the lynchpin of the fight against Communism. He was able to do this without alarming the people because he maintained high standards for professionalism throughout the agency. People accepted the government use of bad tax returns to put mobsters in jail. The expression “public enemy” was popularized.

Lt. Gen. Michael Flynn’s prosecution was only one aspect of a sweeping mega-investigation that was, from its inception, unjust and unprincipled.

Now, however, the FBI is much more powerful and is leveraging its increased power. In the past two decades, we have witnessed the emergence of a system in which small mistakes in answering FBI or Justice Department questions can be turned into serious felonies. At least one life was unjustly ruined in the purported Valerie Plame investigation of 2003.

The Obama administration abandoned J. Edgar Hoover’s high standards of professionalism in favor of political exigencies. The FBI pressured Lieutenant General Michael Flynn into pleading guilty to giving a false answer to an FBI question by making threats of prosecution for political activity against his son. General Flynn was a man with a distinguished life of public service, but the political enemies of President Trump wanted scalps. His prosecution was only one aspect of a sweeping mega-investigation that was, from its inception, unjust and unprincipled.

Simply reversing the specific injustices of the Plame case or of the alleged investigation of Russian influences in our campaigns is not enough. Punishing these abuses is desirable but also not enough. We need to reverse the trend to federalize law enforcement.

Copyright © 2018 by the Fitzgerald Griffin Foundation. All rights reserved. This article may be reprinted if credit is given to Charles G. Mills and fgfBooks.com.

Charles G. Mills, author of The Confederate Lawyer, is the Judge Advocate Emeritus (general counsel) for the New York State American Legion. As a New York lawyer, he has been arguing cases for fifty years in federal courts and in all levels of the New York courts.

Help the Fitzgerald Griffin Foundation in its mission to publish the writings of Charles G. Mills and other great writers. Give a tax-deductible donation to FGF online