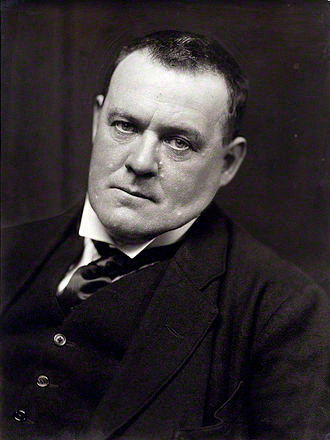 Griffin Internet Syndicate, October 25, 2001 – Back in the 1930s, when white men were preparing for another round of mutual slaughter, few of them paid any attention to the Muslim world. They assumed it to be a backward region that history had long since passed by.

One man saw it differently. The great Catholic polemicist Hilaire Belloc, an Englishman of French ancestry, remembered Islam’s past and predicted, in his book The Great Heresies, that it would one day challenge the West again. As late as 1683 its armies had threatened to conquer Europe, penetrating all the way to Vienna; Belloc believed that a great Islamic revival, even in the twentieth century, was altogether possible.

Because Islam has little attraction for Christians, the West has generally failed to grasp its appeal for others, its profound and permanent hold on the minds of believers.

Belloc saw Islam not as an alien religion, but in its origins as a Christian heresy, adopting and adapting certain Christian doctrines (monotheism, the immortality of the soul, final judgment) and rejecting others (original sin, the Incarnation and divinity of Christ, the sacraments). Its simple, rational creed had a powerful appeal to Arabs who had known only the arbitrary gods of grim pagan religions. It swept the Arab world, then made converts — and conquests — far beyond Arabia.

Islam was a militant religion from the start. Mohammed himself conquered the entire Arabian Peninsula in just a few years. The new faith was torn by violent internal divisions even as it continued to spread. But spread it did, with incredible rapidity.

Christians had good reason to fear Islam, which soon conquered Spain and held it for centuries. But because Islam has little attraction for Christians, the West has generally failed to grasp its appeal for others, its profound and permanent hold on the minds of believers. Unlike the Christian West, the Muslim world has never had crises of faith like the Reformation and the Enlightenment.

Unlike the Christian West, the Muslim world has never had crises of faith like the Reformation and the Enlightenment.

Islam is a simple religion, easily understood by ordinary people. Its commandments are rigorous but few. When it conquered, its subjugated people often felt more liberated than enslaved, because it often replaced burdensome old bureaucratic governments with relatively undemanding regimes — and low taxes. As long as its authority was respected, Islamic rule was comparatively libertarian. It offered millions relief from their traditional oppression; for example, no Muslim could be a slave.

Belloc distinguishes sharply between Islam and such barbarous conquerors as the Mongol hordes of Genghis Khan. The Mongols were purely destructive; they were known for slaughtering whole cities and making huge pyramids of severed heads.

Such savagery was alien to the Muslims. Where they conquered, daily life usually went on much as before and culture thrived. In many respects the Muslim world was far more civilized than Christian Europe for centuries. The West hated and dreaded Islam, but nobody would have thought of calling it backward.

Belloc saw Islam, though inferior in material power, as having a great advantage: its religious faith was still strong, while the West was losing its religion and consequently its morale.

That contemptuous image came much later, when modern Europe’s science, technology, and — above all — weaponry had eclipsed those of the Arabs. We are apt to forget how recently this development occurred; and, as Belloc warned, it is not irreversible.

Man, especially irreligious man, is apt to equate power and progress. Many of those who say America is “the greatest country on earth” really mean only that America has fantastic military might, capable of annihilating any other country — and some of them, at the moment, are in the mood to do some annihilating.

To the pious Muslim this attitude seems crass and barbaric. He may conclude from it that the decadent West understands only one thing: force. And would he be far wrong?

Belloc admitted that the idea of a new Muslim challenge to the West seemed “fantastic,” but only because the West was “blinded” by “the immediate past.”

Belloc thought it entirely possible that Islam would catch up technologically, while he doubted that the West would undergo a spiritual revival.

Taking a longer view, he saw Islam, though inferior in material power, as having a great advantage: its religious faith was still strong, while the West was losing its religion and consequently its morale. He thought it entirely possible that Islam would catch up technologically, while he doubted that the West would undergo a spiritual revival.

Are we seeing the beginning of the fulfillment of Belloc’s prophecy? If so, the current uproar over Islamic terrorism may turn out to be a mere superficial symptom of a much larger historical drama. The West is still strong, but it is dying. Islam is still weak, but it is growing. Never mind the terrorists; check the birthrate.

Copyright © 2017 by the Fitzgerald Griffin Foundation. All rights reserved.
“Belloc’s Prophecy” by Joe Sobran was published originally by Griffin Internet Syndicate on October 25, 2001. It is one of the 117 essays in the recently-published collection, Subtracting Christianity: Essay on American Culture and Society.


Help the Fitzgerald Griffin Foundation in its mission to promote and preserve the Joe Sobran legacy. Give a tax-deductible donation to FGF online