FgfBooks.com – Kristin Regina Kazyak, a passionate crusader for Christ and staunch defender of the unborn, died in California on March 20 after succumbing to non-smoker lung cancer. She was 68. 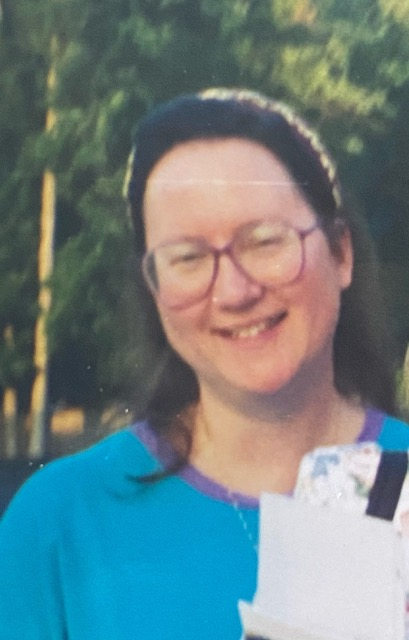 Kristin was a lay secular member of the Order of Atonement of The Franciscan Minims of the Perpetual Help of Mary. The Order’s beginnings were inspired by the Cristero War in Mexico in the 1920s against the Communist persecution of Catholics and the Church. Founded in 1942 in Mexico, their focus is living and preaching the Gospel in word and work; prayer to end schism within the Church; and catechizing and converting those separated from the Church and the Vicar of Christ. Because of interference from some Mexican prelates and opposition to the Order of Atonement becoming a direct papal institution, approbation from the Vatican is still pending. One of Kristin’s last requests was to ask for prayers that the Order receive papal approval soon.

No one who spent more than a few minutes with Kristin Kazyak could ever forget her zeal and determination to be Our Lord’s and Our Lady’s missionary on earth.

Kristin was involved in the pro-life movement for over 40 years. In recent years, she was coordinator for 40 Days for Life in Torrance, California. She was also a member of the Daughters of Isabella, a charitable Catholic women’s organization.

Kristin was born on April 22, 1952, the oldest of eight children born to Leo and Gladys Kazyak.

Her parents were devout Catholics of Polish extraction who were involved with Catholic leaders in the Archdiocese of Washington, D.C., and throughout the United States. Leo and Gladys, who were daily communicants, were attentive to the upbringing of their children in the faith. They took the whole family on pilgrimages to famous shrines, churches, and historic places of culture throughout Europe. On Kristin’s 20th birthday in 1973, her father arranged a special Mass for the entire family offered by Cardinal József Mindszenty in his private chapel in Salzburg, Austria.

For 35 years, Leo Kazyak was a forensic toxicologist in the Department of Clinical Chemistry’s Biochemistry Division at Walter Reed Army Hospital. In 1964, he developed a system of expediting toxicological examinations with a system of gas-liquid chromatography. His methodology was adopted by toxicology laboratories throughout the United States and abroad, resulting in international recognition of his work. Leo, an organist at several Catholic churches in Maryland, had advanced degrees in sacred music from Catholic University. One of the greatest joys of this humble man was playing Bach on the piano.

Gladys Kazyak, a well-spoken, extroverted philosopher-theologian, earned a bachelor’s degree from the University of Detroit, and studied philosophy at Georgetown University. A mother of eight and Catholic homemaker, she volunteered as a catechist for the Archdiocese of Washington, D.C. She was a member of the Fellowship of Catholic Scholars; and also headed the Catholics United for the Faith chapter in Baltimore. The outstanding Catholic layman, Dr. William A. Marra, a philosophy professor at Fordham University (who had been Leo’s roommate in college), was Kristin’s godfather 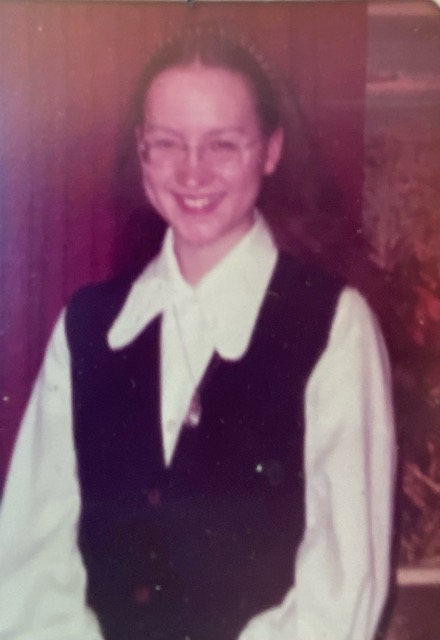 Kristin had a holy boldness that propelled her to do much good for those in need. Even when opposed by powerful forces and those close to her, Kristin dauntlessly persevered in what she thought was right.

A graduate of Notre Dame Academy, a high school run by the Notre Dame Sisters in Washington, D.C., and of Thomas Aquinas College in Santa Paula, California, Kristin was an articulate and outspoken champion of the Catholic faith. No one who spent more than a few minutes with her could ever forget her zeal and determination to be Our Lord’s and Our Lady’s missionary on earth.

Kristin had a holy boldness that propelled her to do much good for those in need. Even when opposed by powerful forces and those close to her, Kristin dauntlessly persevered in what she thought was right. 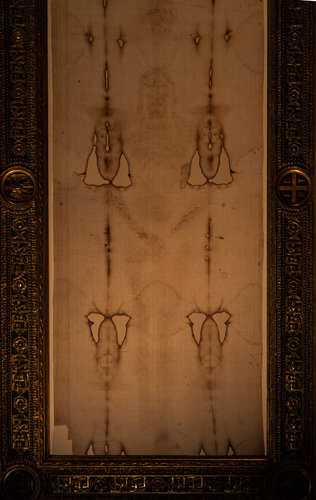 Kristin gave remarkable talks on Shroud of Turin and on the Sudarium Christi (Face Cloth of Christ) at the Basilica of the National Shrine in Washington, D.C.

After graduating from Thomas Aquinas College, Kristin returned to the east coast, living in Washington, D.C., and in the Virginia and Maryland suburbs of D.C. One of her talents was as a lecturer and speaker. She gave remarkable talks on Shroud of Turin and on the Sudarium Christi (Face Cloth of Christ) at the Basilica of the National Shrine in Washington, D.C., during which she explained in meticulous detail the various aspects of the holy object with a true-to-size 14-foot color photograph of the Shroud.

I met Kristin in the 1980s in Washington, D.C. For 20+ years, Kristin, a fan of Rush Limbaugh’s radio program, was in attendance at almost every Catholic, pro-life, and conservative conference or reception in the Washington, D.C. area. In 2007, I hired her to be the photographer at a day-long conference at the National Press Club to launch a new book of the Fitzgerald Griffin Foundation, Shots Fired: Sam Francis on America’s Culture War. E. Michael Jones, one of the many speakers, gave a blockbuster talk that was misunderstood by much of the audience. Kristin, a well-read and schooled Catholic, understood the theology and concepts of his talk more than most of the 300 people in attendance. She defended Dr. Jones and the ideas he set forth from his then-upcoming book, The Jewish Revolutionary Spirit and Its Impact on World History. Dr. Jones quoted her in his account of the conference in the next edition of his Culture Wars magazine.

Kristin was the photographer for the Fitzgerald Griffin Foundation’s launching of the book, Shots Fired: Sam Francis on America’s Culture War.

Among her other “gigs,” she was the official photographer for one of the Committee for Western Civilization’s annual white-tie events, An Evening of Viennese Waltzing.

In the early 2000s, she moved to Front Royal, Virginia. There, as everywhere she lived, Kristin was involved in the conservative Catholic community. She became acquainted with Dr. Warren Carroll, the founder of Christendom College and the author of 16 non-fiction books, including the six-volume History of Christendom series. Dr. Carroll also wrote six books of fiction titled The Tarrant Chronicles. To help Dr. Carroll, Kristin set up Tarrant Media, a division of Tarrant Books, to publish these books. The first in the series is still available in paperback. The others can be read on Kindle, thanks to Kristin. 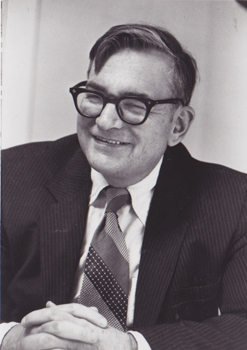 The Tarrant Chronicles books by Dr. Warren H. Carroll were published by Tarrant Media, a publishing imprint set up by Kristin Kazyak. 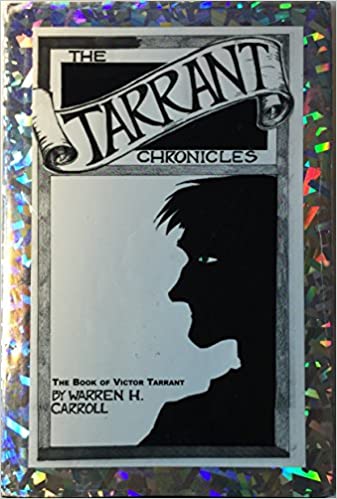 Kristin had an ardent eagerness to help those in need, especially souls near death. She sat at the hospital bedside of several Catholics in extremis — including my good friend and fellow Dominican tertiary, Judy Schiminsky, T.O.P. — to ensure that they received proper medical care and attention until their natural deaths.

Kristin hoped for a miracle to help with the canonization of Blessed Carlo Acutis. 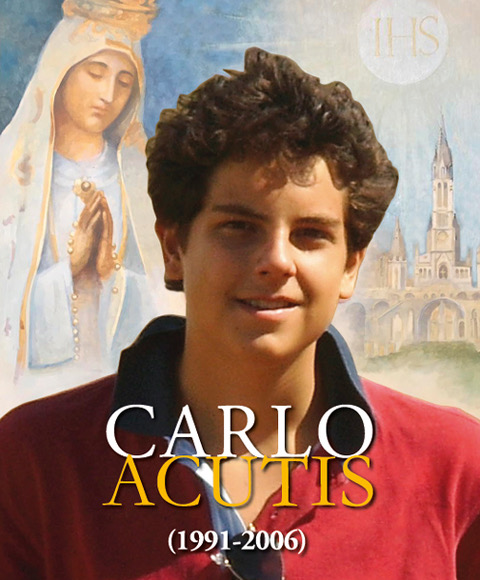 Always cheerful, hopeful, and talkative until the end, Kristin eagerly told friends of her fondness for Carlo Acutis, a recently-beatified Italian youth who had a strong devotion to the Real Presence of Christ in the Eucharist. At age 11, Carlo began cataloging every Eucharistic miracle worldwide. He died in 2006 at age 15, but not before his project was completed: the launching of the website: The Eucharistic Miracles of the World, containing detailed descriptions of 160 Eucharistic miracles. Kristin asked friends to pray for his intercession that she might have a miraculous healing, which would help his cause for canonization – but was at peace if a miracle did not occur.

Kristin Regina was given the last rites of the Catholic Church shortly before her death. Her priest told her family that Kristin left no step undone in her spiritual preparation. He assured them that she was prepared to meet her Creator.

For many weeks before her passing, including the night before she died, Kristin recited the prayers of the Auxilium Christianorun with one of her best friends. She died a holy death the day after the feast of one of her patrons, St. Joseph —which is also the anniversary of the passing of her beloved father, Leo Kayzak: March 19, 2005

Instead of secular titles, Kristin used the initials “mfPS” (the acronym of the Order of Atonement of the Franciscan Minims of the Perpetual Help of Mary) after her name when writing correspondence. At the end of her email messages she would have an inspiring slogan or saying. One of her favorites was: “Cheers & Blessings (In the world you shall have distress but be of good cheer (have confidence) for I have overcome the world. [John 16:33])”

A Requiem Mass for Kristin Regina Kazyak was held on April 19, 2021 at St. James Catholic Church in Falls Church, Virginia. The Very Rev. Paul Scalia was the celebrant and homilist. You may view a video of the beautiful sung Requiem Mass here.

Kristin Regina was buried in the Kazyak family plot at Gate of Heaven Cemetery in Silver Spring, Maryland.

Eternal rest grant unto Kristin Regina Kazyak, mfPS, O Lord. May perpetual light shine upon her. May she rest in peace. Amen.