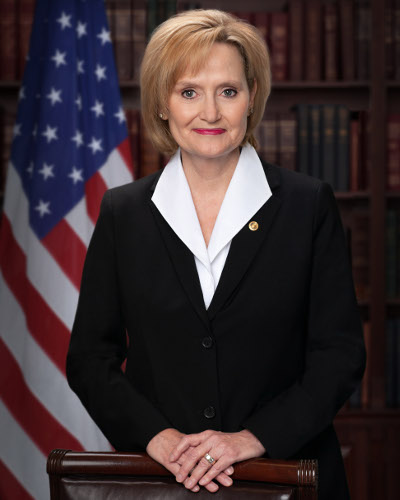 Public Hanging vs. Lynching: The Defamation of Senator Hyde-Smith

Front Royal, VA — Senator Cindy Hyde-Smith of Mississippi has won easy reelection, despite a negative media campaign based on a flagrant lie. At an event earlier in November, she had made a statement about being willing to sit in the front row at a public hanging.

The term “public hanging” was always understood to mean executions, not lynchings.

The press did not say that she meant this statement literally. That would have been too implausible. Instead, it invented the lie that a “public hanging” means a lynching. I find the idea of a front row seat at a lynching extraordinary. I am not sure whether Northern reporters believe that the Ku Klux Klan rents local high school auditoriums for its lynchings or that it sets up a few dozen folding chairs before lynching anyone.

A lynching is in some ways the opposite of an execution (even if an execution was sometimes a public hanging many years ago). The execution of a death sentence was after full due process of law. On the other hand, a lynching had no approval by government at any level or of any kind. A mob simply decided not to trust the courts and illegally took a suspect out and killed him, usually by hanging from a tree. An execution was carefully and completely legal. A lynching was an illegal act by self-appointed mob.

Thus a “public hanging” means something quite different from a lynching.

The press invented the lie that a “public hanging” means a lynching.

The execution of convicted criminals sentenced to death in the United States was taken away from county sheriffs and turned over to the wardens of state prisons gradually over about a century; for the most part, this change occurred earlier in the North than in the South. These county executions had been known as “public hangings.”

Most lynchings, in contrast, were conducted in the presence of a small lynch mob, and perhaps a relative or two of a victim of a murder or rape alleged to have been committed by the man being lynched.

I find the idea of a front row seat at a lynching extraordinary.

A few lynchings were quite public. Some historians believe that the late edition of the Tulsa (Oklahoma) Tribune, published the afternoon before the June 1, 1921, race riot, predicted a lynching the next day. The file copy of this edition has a cut-out piece corresponding to the place on the page that this article is said to have occupied; some say that a second copy exists. On August 7, 1930, well over 1,000 people watched the lynching of two men forcibly removed from their jail cell in Marion, Indiana.

An execution was carefully and completely legal. A lynching was an illegal act by self-appointed mob.

Sometimes, when there was a huge clamor for the execution, attendance at the event might be high. This was the case for the lynching of Leo Frank near Atlanta on August 17, 1915. Frank’s sentence had been reduced from death to life imprisonment; many years later, the main witness against him confessed that he had been lying and admitted that Frank was actually innocent. An anti-black, anti-Jewish, anti-Catholic newspaper called The Jeffersonian had stirred up the demands for the lynching.

Despite these exceptions, the term “public hanging” was always understood to mean executions, not lynchings.

A reasonable conclusion is that a major portion of the press was complicit in the deliberate defamation of a United States Senator.

It is hard, however, to believe that most reporters are that ignorant or lazy. The more reasonable conclusion is that a major portion of the press was complicit in the deliberate defamation of a United States Senator.

Copyright © 2018 by the Fitzgerald Griffin Foundation. All rights reserved. This article may be reprinted if credit is given to Charles G. Mills and fgfBooks.com.

Charles G. Mills, author of The Confederate Lawyer, is the Judge Advocate Emeritus (general counsel) for the New York State American Legion. As a New York lawyer, he has been arguing cases for fifty years in federal courts and in all levels of the New York courts.

Help the Fitzgerald Griffin Foundation in its mission to publish the writings of Charles G. Mills and other great writers. Give a tax-deductible donation to FGF online.