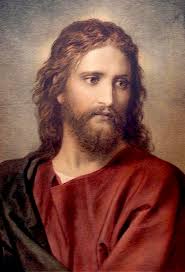 The Man They Still Hate

Griffin Internet Syndicate, December 2, 1999 — The world has long since forgiven Julius Caesar. Nobody today finds Socrates or Cicero irritating. Few of us resent Alexander the Great or his tutor, Aristotle.

No, only one man in the ancient world is still hated after two millennia: Jesus Christ.

This does not in itself prove the divinity of Christ, but it does show that his words and example haven’t dated. They still have an amazing power to provoke hatred as well as adoration.

Of course the hatred of Christ usually pretends to be directed at side targets: St. Paul, the “institutional” Church, or, more vaguely, “organized religion” (as if religion would be all right if only it were a solitary activity). The cliché of the Christ-haters, including many “liberal” theologians, is that he was a “great moral teacher” who “never claimed divinity,” but that his “simple message of love” was “corrupted” by his followers.

His words and example haven’t dated. They still have an amazing power to provoke hatred as well as adoration.

But why would anyone want a man crucified for preaching an innocuous message of benevolence? Jesus was accused of blasphemy for equating himself with the Father: “I and the Father are one.” “No man comes to the Father but by me.” And if his claim were untrue, the charge of blasphemy would be fully justified.

People not only saw him after the Resurrection, many of them died under torture to bear witness to him. The martyrs were the principal human “media” of Christianity in its infancy, deeply impressing and finally converting others. Christ was “revealed” to the ancient world in the courageous love of his best disciples.

Other “media” included the four Gospels of Matthew, Mark, Luke, and John, as well as the epistles of Paul and other apostles. Each Gospel views Jesus from a slightly different angle, but all four of them (along with the epistles) portray the same recognizable man. As Thomas Cahill notes in his book Desire of the Everlasting Hills: The World Before and After Jesus (Nan A. Talese/Doubleday), this “makes Jesus a unique figure in world literature: never have so many writers managed to convey the same impression of the same human being over and over again.”

Moreover, these writers weren’t polished professionals or literary geniuses. Yet they achieved something beyond the powers of such titans as Homer, Dante, Shakespeare, and Milton: they depicted a character who exudes holiness.

No literary saint has ever spoken words with the lasting impact of Jesus’ teachings.

Cahill goes on: “What especially makes the Gospels — from a literary point of view — works like no others is that they are about a good human being. As every writer knows, such a creature is all but impossible to capture on the page, and there are exceedingly few figures in all of literature who are both good and memorable.” The Gospel writers thus “succeeded where almost all others failed. To a writer’s eyes, this feat is a miracle just a little short of raising the dead.”

Amen! In the epic poems Paradise Lost and Paradise Regained, for example, Milton notoriously made Satan more vivid than God and Christ. This led the poet William Blake to remark that Milton “was of the Devil’s party without knowing it.” Be that as it may, world literature boasts many convincing villains but few convincing saints. And no literary saint has ever spoken words with the lasting impact of Jesus’ teachings.

To a writer’s eyes, as Cahill might say, the sheer power of Jesus’ sayings (which the poet Tennyson called “his greatest miracle”) are almost enough to prove his claim. Physical miracles might be feigned, but not these verbal miracles. Yet he apparently never wrote them down; he spoke them, often off the cuff, trusting them to “carry” by their inherent power.

The spiritually demanding words of Jesus are still carried in the hearts of millions after 2000 years, even though we know them only in translations from translations.

Most writers are flattered if their words are remembered at all. But the spiritually demanding words of Jesus — which condemn even looking at a woman with lust — are still carried in the hearts of millions after 2000 years, even though we know them only in translations from translations. (Jesus spoke Aramaic, but the Gospels are written in Greek.)

Even conveyed to us so indirectly, those words have “carried” like no others in all history, because so many people have found them true and compelling. The durability of those words is all the more striking when you consider that they are always out of fashion, as the secular world goes through its successive fads and crazes.

Copyright © 2018 by the Fitzgerald Griffin Foundation. All rights reserved. “The Man They Still Hate” by Joe Sobran, published originally by the Griffin Internet Syndicate on December 2, 1999, is one of the 117 columns in 456-page anthology of Mr. Sobran’s writings: Subtracting Christianity: Essays on American Culture and Society (FGF Books, 2015), still available for just $27 postpaid.


Help the Fitzgerald Griffin Foundation in its mission to promote and preserve the Joe Sobran legacy. Give a tax-deductible donation to FGF online.