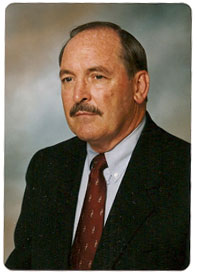 Frank Creel received his B.A. in Journalism-Social Science from St. Joseph's College, Rensselaer, Indiana, and his M.A. and Ph.D. from the Social Sciences Division of the University of Chicago.

Dr. Creel served as an English teacher in the Peace Corps in Turkey. He remains fluent in the Turkish language; reads Turkish in the Arabic script; and has a reading knowledge of Latin, French, and German. He served as a rifle platoon leader and staff officer with the 4th Infantry Division in Vietnam from 1967 to 1968. His decorations include the Bronze Star and the Combat Infantryman Badge. He also worked in the International Trade Administration of the U.S. Department of Commerce.

Dr. Creel was a weekly columnist for the Potomac News, Woodbridge, Virginia, from 1977 to 1984. His op-ed articles have been published in the Northern Virginia Journal, the D.C. Examiner, The Washington Times, and the New York City Tribune (now defunct). In 1992, his A Trilogy of Sonnets was published pseudonymously by Christendom Press.

In 2002, Dr. Creel ran for the U.S. Congress from Virginia’s 11th district on the Constitution Party ticket against Republican Representative Tom Davis. While Davis defeated him decisively, Creel derives some satisfaction from the fact that the campaign made it impossible for Davis to pose as a pro-life Republican.

Dr. Creel devoted his spare time in retirement to completing two books, The Little Book of Big Choices, and The Collapse of the Northern Colossus, a “history” from the perspective of Mexico’s leading historiographer in 2084.

It is with great sadness that we report that FGF columnist, Frank Creel, passed away on Tuesday, May 18, 2010, losing his battle with cancer. His last column was posted here on May 11, 2010.

A Latin Requiem funeral Mass was celebrated on Saturday, May 22 at 9:30 a.m. at St. James Catholic Church in Falls Church, Virginia, immediately followed by his burial at National Memorial Park.

Frank was a member of the Board of Directors of the Fitzgerald Griffin Foundation, and was a man of faith, a man of principle, and a stellar human being. He will be sorely missed. May he rest in peace.

Archives of The Unrepentant Traditionalist

• January 21, 2010 – Preborn Citizens' Rights Can be Guaranteed by a Constitutional Provision: A Pro-life Manifesto: Part III