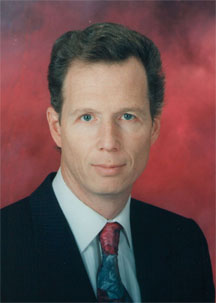 Links to some of Robert L.Hale articles:

A Voice from Fly-Over Country

Robert L. Hale is an attorney, an entrepreneur, a builder/developer, and the director of a public interest law firm.

Since 1976, he has been a successful builder and developer, operating single and multifamily housing in addition to actively building and operating retirement and assisted living facilities in the upper Midwest. He is president of Spectrum Care, LLC; Vision Management Services; and Oak Tree Decorating Center.

He served as vice president of the Master Builders Association of King and Snohomish Counties (the local affiliate of the National Association of Homebuilders) and on the board of the Seattle-King County Apartment Association.

He is founder and president of the Northwest Legal Foundation, a nonprofit public interest law firm. For more than three decades, he has been involved in drafting proposed laws and counseling elected officials in ways to remove burdensome and unnecessary rules and regulations.

He served on the board of directors of both the Western Center for Law and Religious Freedom and the Ward County (ND) Farm Bureau, and he is a member of the Heritage Foundation National Legal Strategies Forum.

Mr. Hale has a B.A. in Business Administration and a minor in Sociology from the University of Washington (Seattle) and a J.D. from Gonzaga University Law School in Spokane, Washington. He resides in Minot, North Dakota, and maintains homes in Seattle, Washington, and Maui, Hawaii.

Archives: A Voice from Fly-Over Country:

• April 14, 2016 – Failing to Understand Islam Could be the West's Final Failure

• August 15, 2013 – Is Our President Turning America into a Second-World Nation?

• December 19, 2012 – The Oracle of Omaha and the Secretary of the Treasury Speak…Should We Listen?

• April 6, 2011 – Unions — The Manufacturing and Political Demise of America